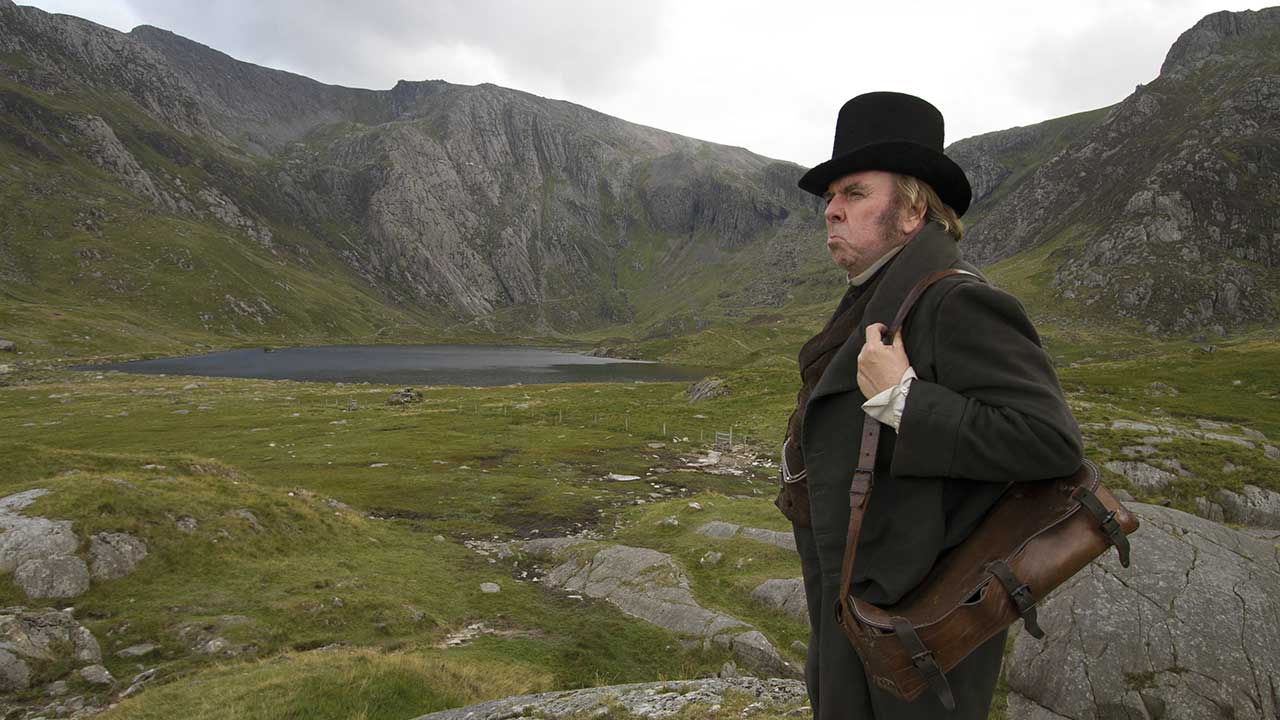 1826: The English painter William Turner, a member of the Royal Academy, is as renowned as he is eccentric. He lives with his beloved father William and his housekeeper Hannah Danby in London. Hannah worships the brilliant painter, but he only satisfies his sexual yearnings with her, for Turner is an egomaniac, a reticent loner – and at the same time, a man of great sensitivity. The artistic genius, however, has not committed himself to a certain authority, but rather the diversity of life: he enjoys the hospitality of the landed gentry or goes to brothels to draw young prostitutes. He travels constantly and spares nothing to uncover the phenomena of perception. He even has himself strapped to a ship’s mast during an icy snow storm in order to be able to paint the storm as authentically as possible.

Turner is fascinated by the achievements of industrialization, like photography and the railway system. But he is particularly spellbound by the variety of light which continues to draw him to the coastal town Margate. There, he checks in with a false name with Sophia Booth, with whom he begins an intimate and tender love affair. More and more, opinions diverge about the restless and anarchistic artist: the art critic John Ruskin defends him with great passion against the critical voices which mock Turner’s increasingly abstract paintings as mere smearings.

WIR SIND JUNG. WIR SIND STARK. / WE ARE YOUNG. WE ARE STRONG.CALIFORNIA CITY