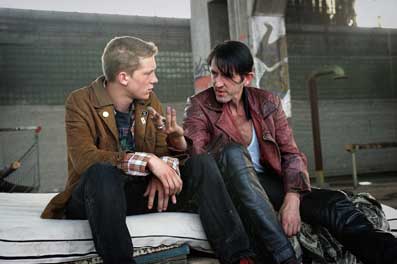 17-year-old Guido has been suffering from neurodermitis since childhood. When he is hospitalised after a bad attack of the illness, he starts to question his life and his circumstances and discovers to his dismay that the apparent happiness of his parental home is based on a lie. Unable to deal with this disillusion, he seeks refuge at his elder brother’s flat. At this somewhat chaotic communal place, Guido meets Rudi, a casual labourer, whose independence he envies. Rudi teaches Guido to be more ruthless and selfish, to the effect that Guido’s skin condition rapidly improves. But when Guido’s mother, drunk, suffers a bad fall, Guido’s new attitude to life is put to the test …