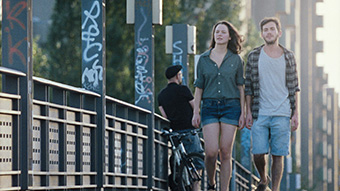 The film recounts the relationship between two Portuguese siblings who are temporarily living in Berlin. They both plan to return to Lisbon together, but Laura seems to be more determined to act on this intention than her older brother, Lucas. Having an almost symbiotic relationship to one another, they sway between two different countries and between youth and adulthood.