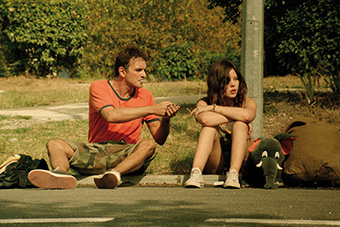 Océane gets left at a highway rest station where she meets the underground musician Oliboy who is 20 years her elder and on his way to a tour of Atlantic beach clubs. He gives her a lift in his old Volvo to the Pin Sec camping ground, an alternative place where its inhabitants live by the rhythm of rock music and waves.

While Océane attempts to come to terms with her own story, she is introduced to Oliboy’s life philosophy, one consisting of an unusual sense of humor and unbelievable concerts.