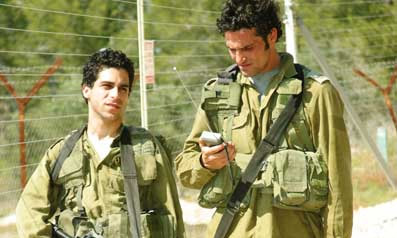 One fence, four fans, and the game of their lives. This is a story about 4 men and a radio. OFFSIDE was shot in Israel, during September 2005, in the security zone that separates Israel and the territory of the Palestine Authority.