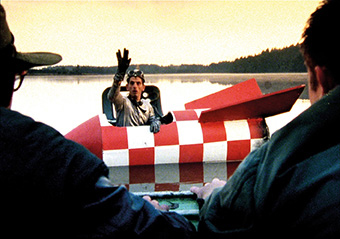 Two fishermen certainly weren’t expecting this: instead of pulling a trout out of the water, the two angling buffs reeled in an alien who had crash-landed with his rocket into their idyllic Alpen lake. But the alien can be rescued! However, the interstellar breakdown service has a few technical problems in store for the cosmic trio … But thanks to earthly inventive genius, the rocket can take off back into space.