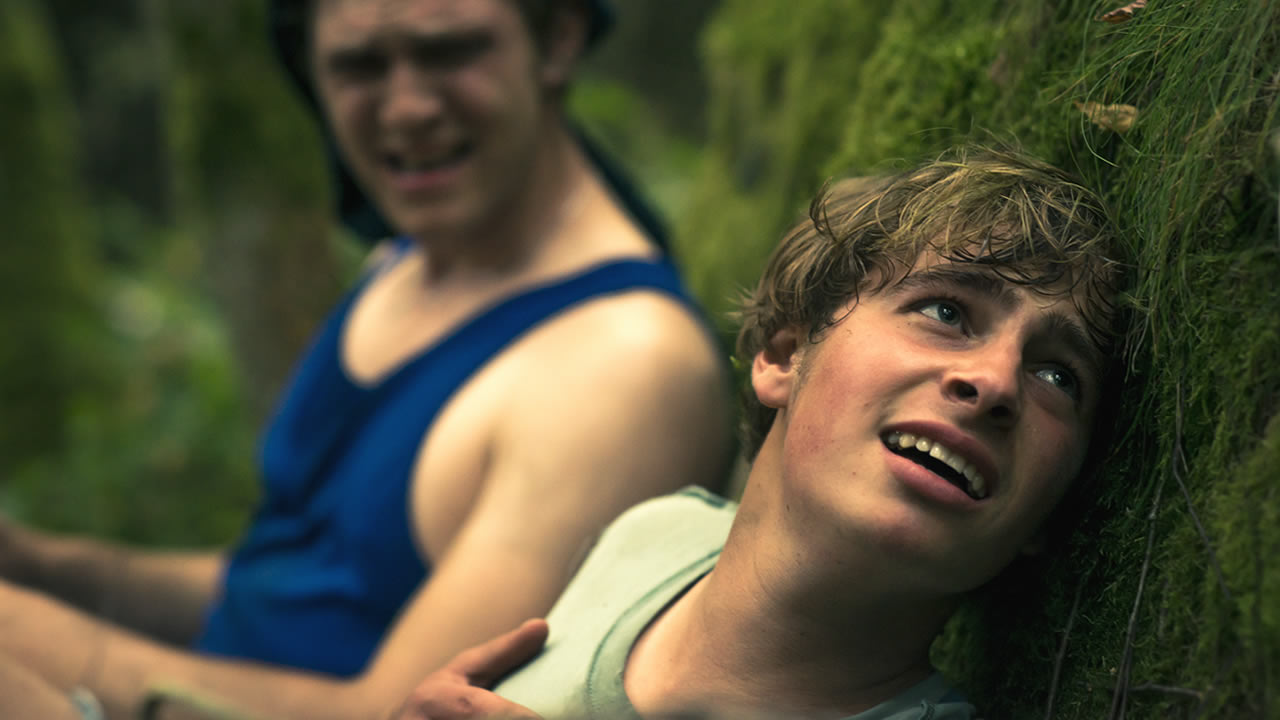 “Our world has hit rock bottom, all the wrong people are on the trigger!” That’s the way Glocke sees it. And maybe also because he himself is not at all on the trigger. He tries his hand at being an activist – against capitalism, against injustice in the world, for environmental protection and against animal experimentation. But it’s really only because he is trying to impress a girl. Just like when he sets a car on fire… But unfortunately Glocke gets caught and the whole thing was filmed. He can escape, but his picture is already all over the media.

On the spur of the moment, he joins a group of strangers who have met up on the Internet. They are following the call of a stranger who lives in the mountains and sees the way of the future of the world in a return to nature. They are all trying to make the world a better place and they all bear a secret. They want to leave their past behind and break out of the system. That is their goal. At first the rebels Glocke, Judith, Steffi, Elias and Paul experience a time of freedom and happiness. But then things change …