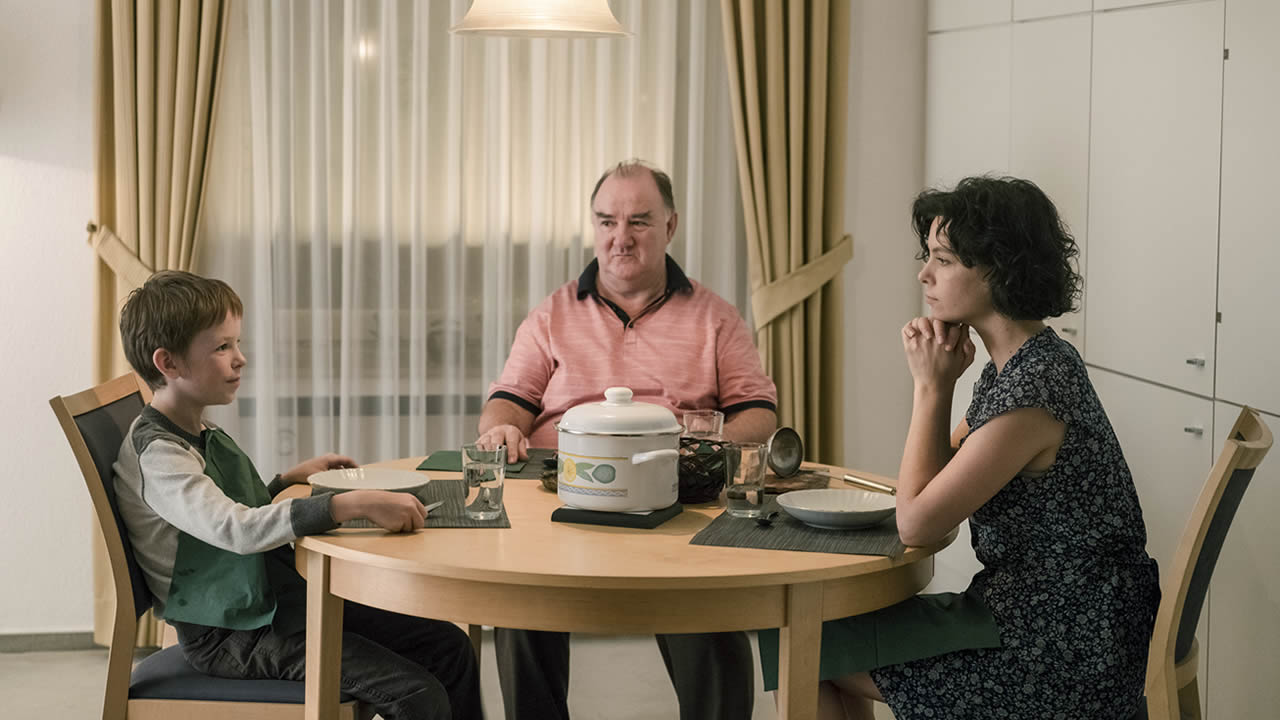 After the death of his grandmother, there is no one in the Ukrainian village who can take care of the 9-year-old Roman. His mother Oksana works as an illegal nurse in Germany. Hidden in a van, Roman follows her, but Oksana is not alone. She lives with the widower of the now deceased wife, Gert Schwarz. A dramatic love triangle begins, driven by dependence, love and jealousy.

Then Oksana suddenly falls ill and Gert takes her to a clinic without any papers. Afraid of the police, Schwarz flees with the child to a remote summer house. The two begin to carefully come to terms with each other. After teaching him to shoot with a rifle, Schwarz earns Roman’s suspicious affection. In the middle of a game, Schwarz suffers a stroke and dies. Roman is now alone with a corpse, in a deserted place, waiting for his mother to return.