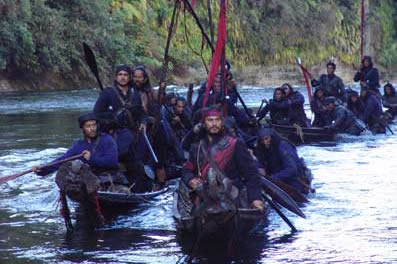 New Zealand, 1868. Sarah O’Brien has grown up among soldiers in a frontier garrison on Te Awa Nui – the Great River. Too young, and pregnant by a Maori boy, she gives birth to a son. Seven years later, her son, Boy, is kidnapped by his Maori grandfather. Abandoned by her soldier father, Sarah’s life becomes a search for her son. Her only friend, Doyle, is a broken-down soldier without the means to help her. Lured to the ill rebel chief Te Kai Po’s village by the chance to see her child, Sarah finds herself falling in love with Boy’s uncle, Wiremu, and increasingly drawn to the village way of life …