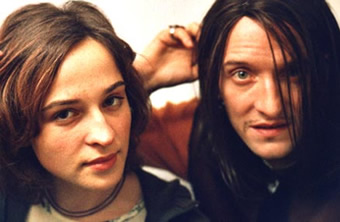 In the middle of the night, Sandra is woken from her tablet-induced sleep by strange noises. Trained in martial arts, she manages to overpower the burglar, Mike, who by telling her a rather obscure story, gets her to accompany him. Unnoticeably, the dilapidated Peugeot 405 in which Mike and Sandra drive through the sleeping town turns into a module that catapults them out of the usual continuum of time and space.

Caught between extreme awareness and utter exhaustion, Sandra leaves the familiar universe and arrives in a kind of Manga reality. It transpires that Mike is working in the name of his mysterious “Brother”, the “big gangster boss”, the “invisible Third”