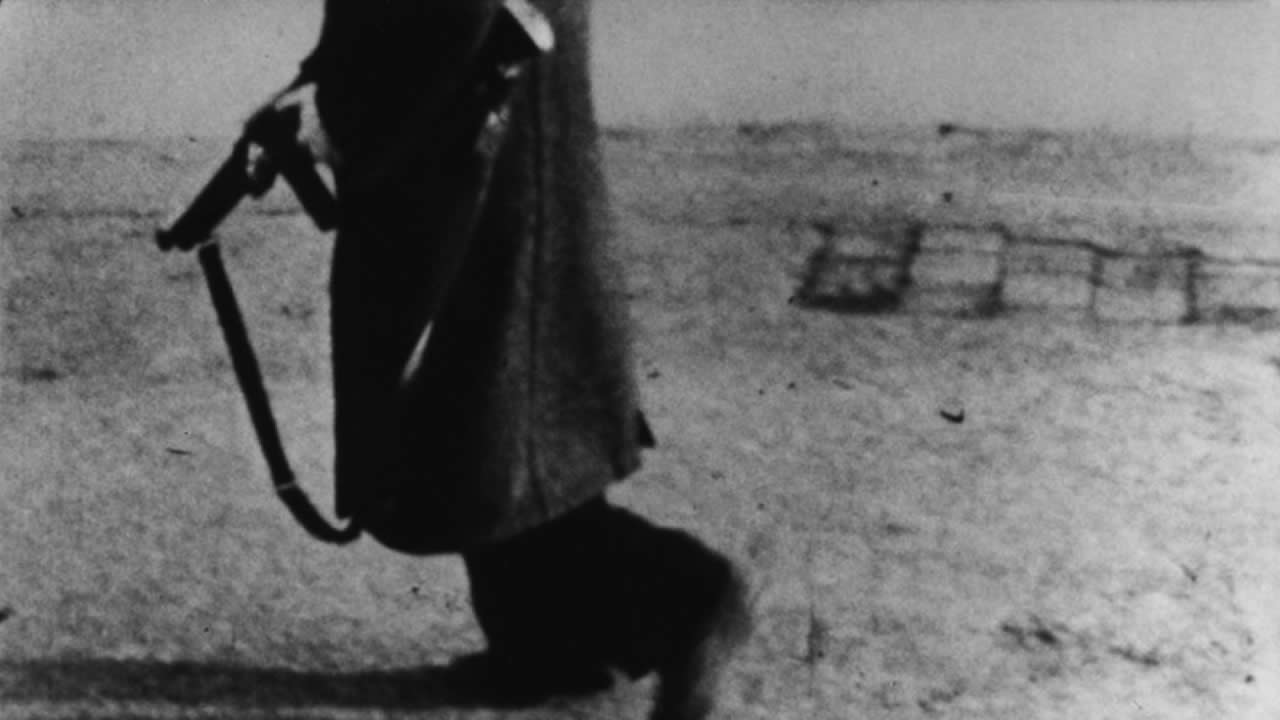 Two leftover shots from SCHAUPLÄTZE, Wim Wenders’s lost film, turned into the first two shots of SAME PLAYER SHOOTS AGAIN – the “upbeat” or “prelude”, as he calls it. The rest of the film consists of a three-minute shot repeated five times, like the five balls in a pinball machine. It was shot in black and white and then repeated five times, dyed in a different color each time. “It did not really turn out a color film. Just a bit of blue, red, yellow and green along the road.”