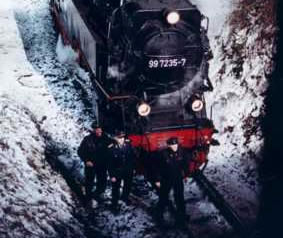 Christmas Eve at a small station. Snow everywhere and no train in sight. The adversity leads to conflicts between the waiting passengers that seem insurmountable – if it wasn’t for a little boy’s phantasy who thinks up his own Christmas tale.