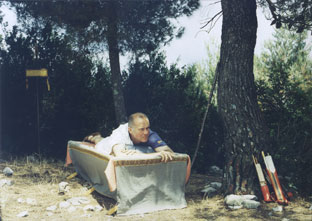 Having conquered Carthage, Greece and parts of Asia, Rome was the most important power in the Mediterranean. Soon, however, the city had to contend with a civil war which the Pontian king Mithridates exploited to rise against Rome’s supremacy. He had all Romans living in the Asian parts of the Roman empire killed, creating a blood bath, and then invaded Greece in the hope of becoming a new Alexander the Great, ruler of the world.

However, his armies were twice defeated resoundingly by the Roman proconsul Sulla. In Rome, meanwhile, a group hostile to Sulla had come to power, expelling his friends, seizing his property and declaring him a public enemy. Sulla was forced to abort his successful campaign, and after hastily making peace with Mithridates returned to Italy with his troops to right the wrongs done to him, his party and the city’s constitution.