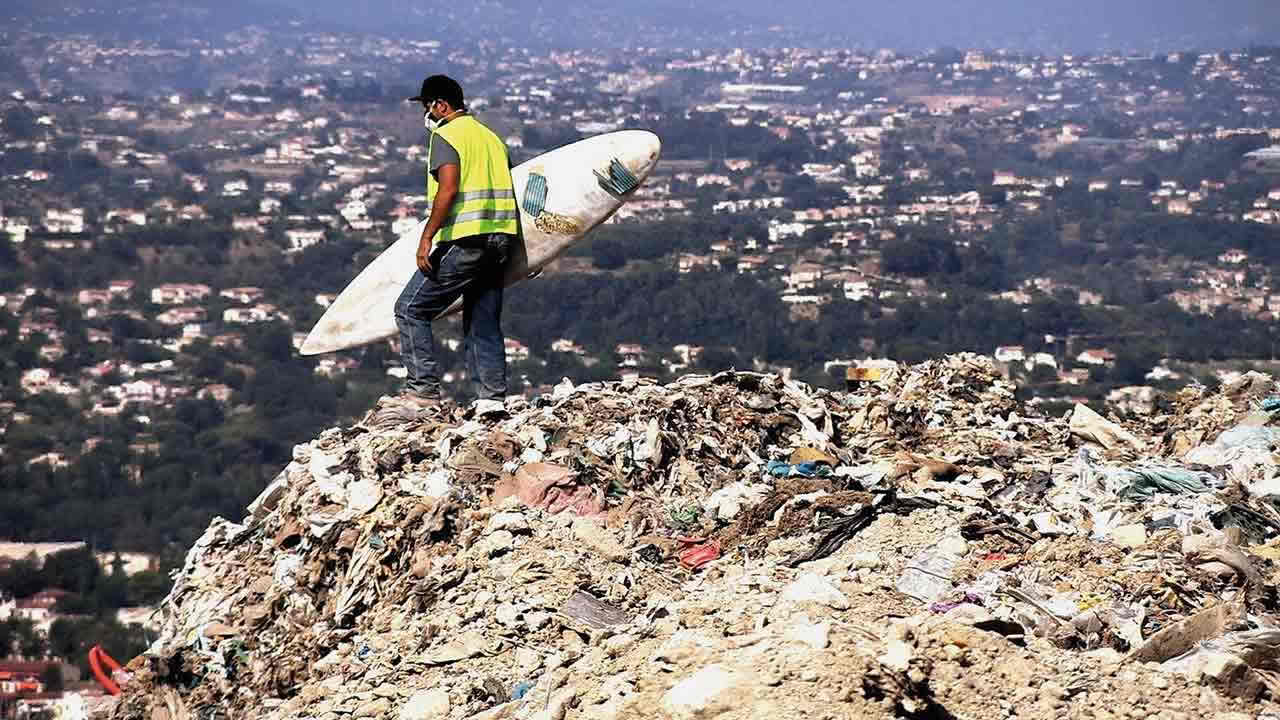 Martin returns to the place of his childhood. But instead of familiar surroundings, he finds a huge garbage dump. His little cottage is still there though, on the edge of the dump. Martin moves in and begins a life in the rhythm of the trucks, tractors and bulldozers that fill and clear away the garbage dump. He develops a relationship with the workers and they disclose secrets about the dump and the poisonous materials it contains: the liquid concentrates that are flushed into a river and further into the sea. Martin adapts to this world. He even subsists from the dump and tries to create a livable universe, his refuge, among the garbage. He doesn’t give up: obsessed, he strives to develop a humane and playful environment among the garbage.

In his cottage, he keeps a diary and brings his thoughts to paper. Every day, he bathes in the contaminated river and takes care of the animals who have been doomed to this hell. He is not interested in denouncement. Martin’s desperate adaptation to the situation becomes a metaphor of today’s world beyond any allocation of blame. Martin cannot accept this world, he wants to make it his own, to imbibe it and digest it. Until the day when the dump is closed and he saves the last seagull from poisoning. Martin wanders around with his camera through this no-man’s-land, buries dead birds in the soil now covering the dump. But here and there plastic bags flutter up like ghosts…