THE CLOSER YOU GET 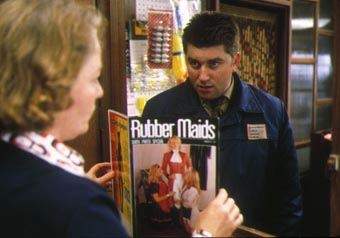 It’s been years since wedding bells have rung in the shrinking village on Ireland’s craggy Donegal coast. The single men around here stay single unless they simply give up and leave the small community. So Kieran, the butcher, and his lovelorn mates hatch a plan to bring true love into their midst and place an ad in a Miami newspaper to invite American ladies to join them for their annual St. Martha’s Day dance – with a view to later marriage.