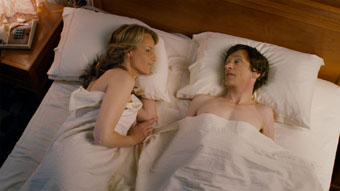 The film is based in the moving and optimistic autobiography of the Californian journalist and poet Mark O’Brien. From early childhood on, Mark was diagnosed with polio. Since then, he has been immobilized and spends the greater part of his days on a respirator. But he is capable of feeling physical contact, and – at the age of 38 – is determined to lose his virginity.

An eloquent, mature and patient woman, Cheryl is a sex therapist and helps Mark discover his own body and sexuality. In the process, the two discover that they have a lot more in common than one would think at first sight.