THIS WORLD, THEN THE FIREWORKS 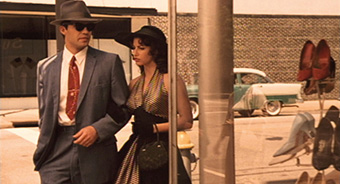 As children, Marty and his twin sister Carol saw their father and his mistress murdered in their home. Their mother took the children on the road, giving them a tumultuous childhood. Now, Marty is a successful investigative reporter in Chicago, unhappy with his shy and sick wife. He returns to the rustic environment of his youth, to his mother and to Carol who has become a cheap hooker. Marty soon becomes involved with a classy policewoman, Lois Archer, but the incestuous relationship he and Carol had as kids also resumes …