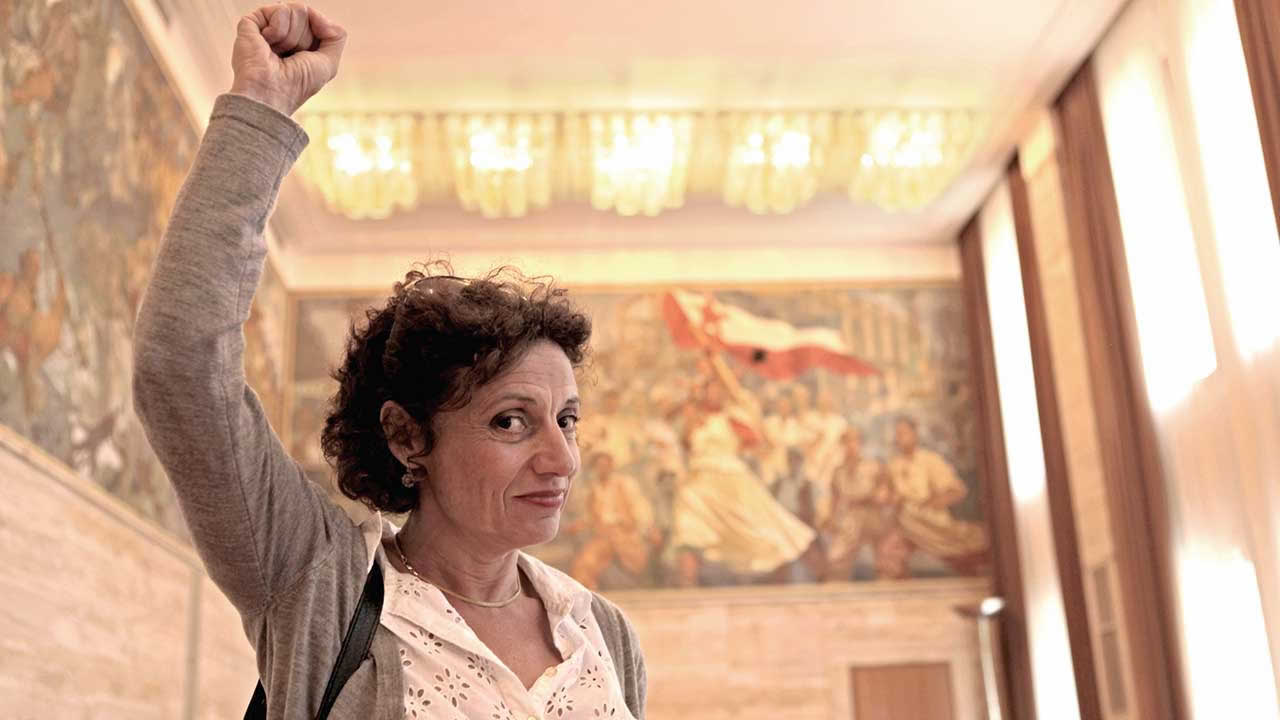 Adriana Altaras comes from a country that no longer exists: Yugoslavia. The daughter of Jewish partisans who fought for Tito and began a new life in post-war Germany recounts her difficult family situation. Today she is a director, actress, writer, mother of two children, and wife of a German catholic. As unusual as Adriana’s family life seems, so exemplary it is for a large majority of a post-war generation – despite a full life, the wounds of the past, in particular those of their parents, have to this day left their mark and are a constant companion in their search for their own roots.

The film accompanies Adriana to the traces of her family, from Berlin via Gießen to Italy and Zagreb, Split and Rab. We are a part of the experience of how it feels when history suddenly becomes very personal – the concentration camps, the resistance, the show trials, escape and a new beginning. With Jewish humor, Balkan wrath and German thoroughness, Adriana interrogates everyone who has robbed her of her peace: her father, who always wanted to be a hero, her strict and ambitious mother, Tito and Aunt Jele, and even the state of Croatia doesn’t get off scot-free.