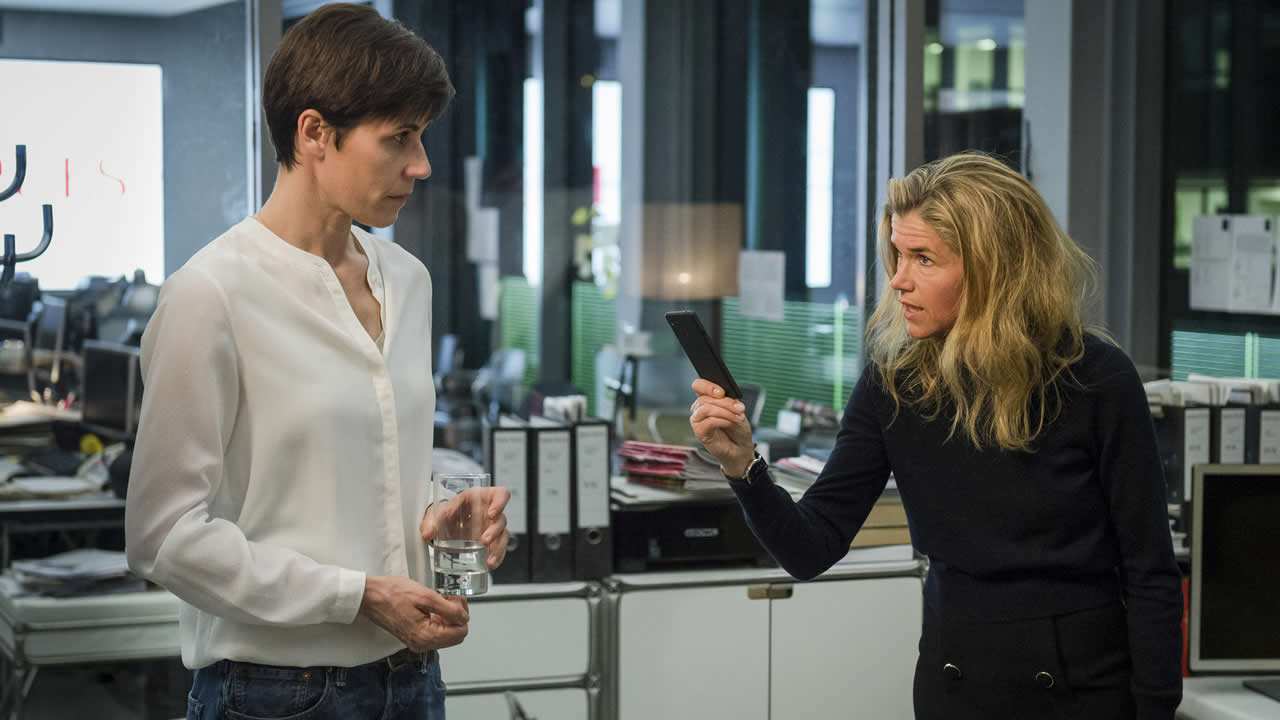 In order to interview a whistleblower, the journalist Rommy Kirchhoff travels to Brussels. Paul Holthaus, a lobbyist for the agricultral corporation Norgreen Life Inc., is prepared to talk about the secret negotiations behind TTIP, negotiations which he himself influenced considerably. But just as the interview gets started, Rommy is lured out of the hotel room and overpowered. When she slowly comes back to her senses, Paul and his contact man Arne Gentner have disappeared without a trace. On her restless search for Holthaus, Rommy meets up with his son Max, who is mourning his recently deceased mother.

Only now does Rommy realise the unforseen dimensions of the situation she got herself into – which also explains why she is being monitored and followed. For her editor-in-chief and closest confidant, Karin Berger, there is no doubt that Lilian Norgren, CEO of Norgreen Life Inc., is behind the plot. It is not in her interest that Holthaus’ revelations become public knowledge, more than enough reason to have the lawyer simply disappear.

Surprisingly, the CEO invites Rommy personally for a confidential conversation to her house in the country. But only to let her know what Holthaus really means to her and that she too fears for his life. While Rommy feverishly continues her search for the missing person, someone else is hunting down the incriminating material that Holthaus has hidden somewhere.