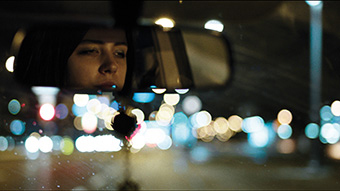 Zurich, Christmas Eve. Within the course of a day, four people’s paths cross with that of the young Bulgarian Mia who works on the streets as a prostitute. The highly pregnant Lena is in the middle of Christmas preparations when she discovers that her husband goes to prostitutes. Judith is a social worker in the red-light district. She is having an affair with a policeman. Her boyfriend Jonas confronts her with the fact that he has long been aware of what is going on. Rolf, recently divorced, would like to spend Christmas Eve with his daughter Eli, who however refuses. Maria is widowed and her daughter lives in Hong Kong. She invites Juan, a widower she knows from church, over for dinner because she doesn’t want to be alone.

All their paths cross those of Mia and her manipulative pimp David.