TWILIGHT OF THE GODS 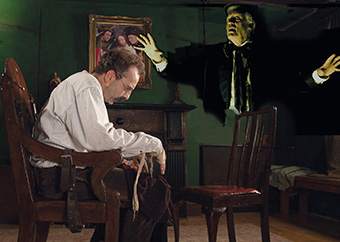 The composer Richard Wagner and the philosopher Friedrich Nietzsche were good friends but on the day of Wagner’s greatest triumph, the opening of his Opera House at Bayreuth, Nietzsche walked away from the friendship and later threatened to kill Wagner. Soon after these bizarre events Richard Wagner died and Friedrich Nietzsche went raving mad, spending the last ten years of his life in a permanent state of catatonia. Recently, the extraordinary details of the quarrel between these two giants of 19th century culture have come to light and are dramatically revealed when the haunting ghost of Richard Wagner materializes to the raving Nietzsche within the caged walls of the Turin Lunatic Asylum.