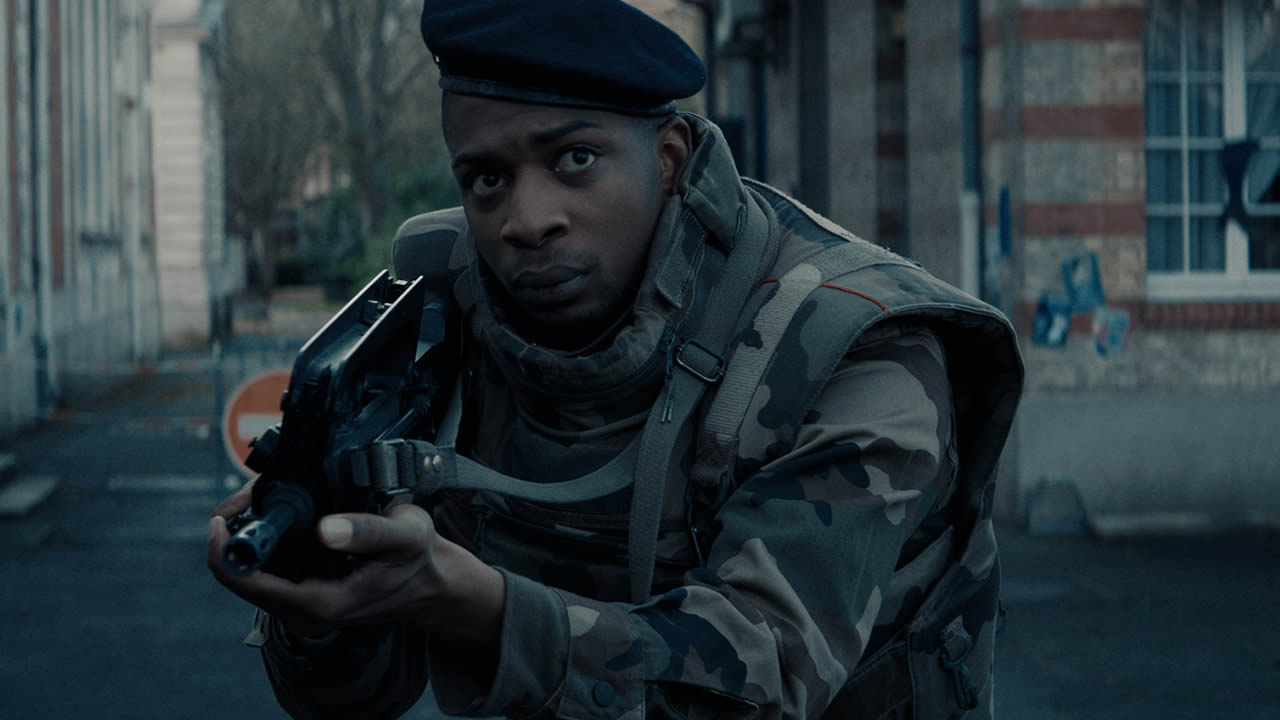 In 13 minutes, the film tells the story of Omar and Benoit, two soldiers stationed in Paris. They guard a building and are supposed to provide for a calm, ordered atmosphere. But Omar and Benoit themselves are not exactly calm. The fear of an attack is omnipresent. A suitcase could be a potential bomb, peaceful passers-by in Arabian-looking clothes could be masterminds, and a harmless homeless man could be an uncontrollable source of danger.