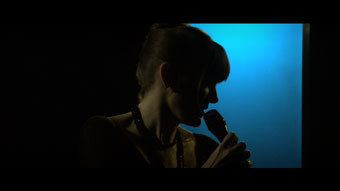 Simon comes to Brest for a repair job on a ship. Twenty-four hours later, his life is in turmoil. How was he to know that a series of delays and missed trains would result in his ending up in the Green Dolphin jazz club? Ten years earlier he had given up playing the piano professionally. The break was sudden but it was his only means of survival. Nobody ever understood what had happened, and few people knew what had become of him since then. But here in the Green Dolphin, the whole atmosphere overcomes him. The band is playing, but Simon finds the piece strangely upsetting. Bowing to pressure from the band, he goes over to the piano. Debbie, the singer and club’s owner joins in, and Simon‘s fingers find inspiration in her voice. The moment is magical, the audience entranced, and – without understanding how – Simon is deep into jazz again.

In Paris, Suzanne isn’t disturbed by Simons first call saying he has missed his train. The second is more worrying, the third devastating as she recognizes Simons voice the way it used to be, when music, anguish and alcohol almost ruined him. Suzanne understands that those years away from music are now over and that her only chance is to go and rescue Simon again. She knows that, cut off from jazz, Simon was doing nothing more than merely surviving. But at least he was alive and with his family. Now the delicate balance she succeeded in maintaining has been ruined. She sets out to try and win Simon back. When morning comes, Simon has to make a decision between jazz and Debbie, or his family. He wants life to make up his mind for him. Which is precisely what is about to happen.