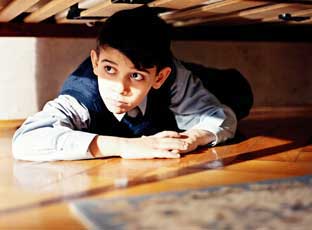 8-year-old Vincent learns that the adults’ rules aren’t always true to reality. The dry voice narrating his absurdly logical thoughts accompanies us through his battle to cope with the adults’ inscrutable world. The camera follows the child’s point of view, picks up details which are slow in revealing themselves. In the end, Vincent liberates himself from his parents’ rules and discovers that the world is unpredictable, vast and beautiful.