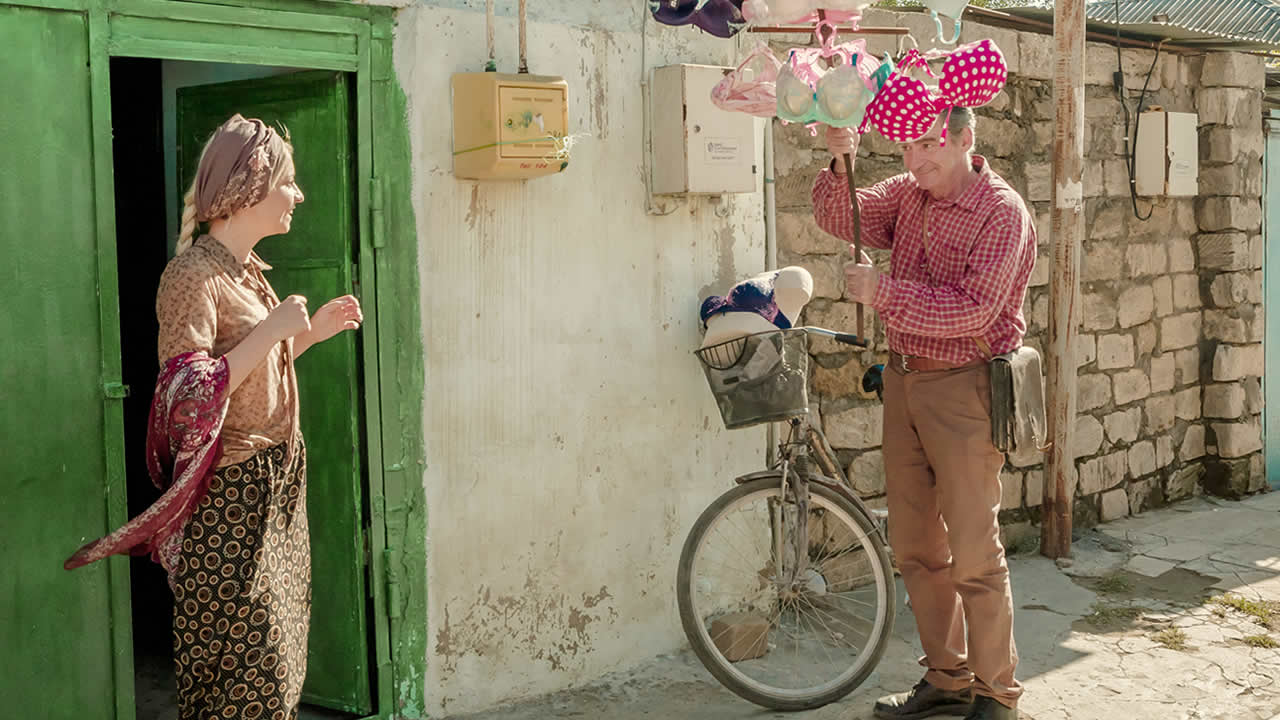 A freight train is rolling across the vast grasslands along the Caucasian mountains. At the wheel: Nurlan, the train driver. Day in and day out, he steers his train through the densely populated suburbs of Baku, where the tracks are so close to the houses that Nurlan virtually drives right through the residents’ living rooms and gardens. On his daily journey, he passes by men drinking tea and women hanging up laundry to dry in the wind. As soon as the train comes close, a little orphan boy named Aziz blows a whistle and the residents of the suburb quickly seek shelter for themselves and their belongings. But it doesn’t always go as planned. Nurlan has already picked up all kinds of things on his path through the town: chicken feathers, toy balls, even bed sheets.

On his last day before retirement, a very special farewell gift gets tangled up on his engine: a marvelously beautiful blue lace bra. After his shift, Nurlan takes it with him back home to his village in the mountains. His curiosity is aroused: who does this little piece of fabric belong to? Driven by his loneliness, Nurlan makes tracks in search of the owner of the bra.

CAN YOU EVER FORGIVE MEAMANDA