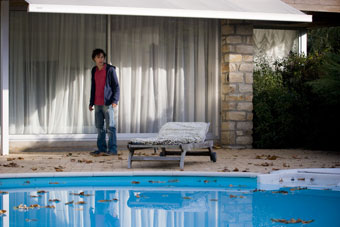 17-year-old Anton goes to a holiday cottage on the craggy Atlantic coast with his mother, Luzia and her lover, Paul. Luzia is hoping for a new start in her life with Paul, but is also looking for a way to get closer to Anton, from whom she has been estranged ever since his father’s death. But Anton doesn’t feel like he fits into the situation and as the harmony between Luzia and Paul increases, Anton is pushed out onto the jagged coastal landscape. It is there that he meets the mysterious David. In contrast to Anton, David is wild, impetuous and afraid of nothing and opens up a whole new world, one void of rules, to Anton. Anton is fascinated by David, his strength and selfconfidence.

Through David, Anton meets Katja and is immediately attracted to her. He senses that she is just as lost and neglected as he is. The encounter with Katja and David, who apparently live alone in a neighboring house, draws Anton into an increasing vortex of emotional confusion – where sexual enlightenment, subtle seduction and surprising violence all play a part. Meanwhile, Luzia and Paul fail in their efforts to close the gap between themselves and Anton. Following a nightmarish odyssey through the abyss of his own soul, Anton finds himself in an appalling reality.