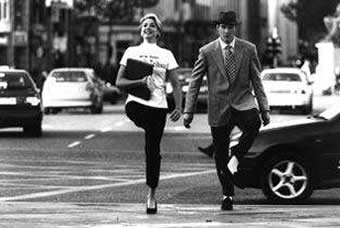 Brendan, a teacher and movie-buff, baritone and loner, meets Trudy, a Montessori teacher, in a pub. They agree to meet again for a movie, but Trudy doesn’t show up. Brendan goes looking for her. They try again. Their relationship brings Brendan to places he’s never known.

THE PRICE OF MILKMILLE BORNES