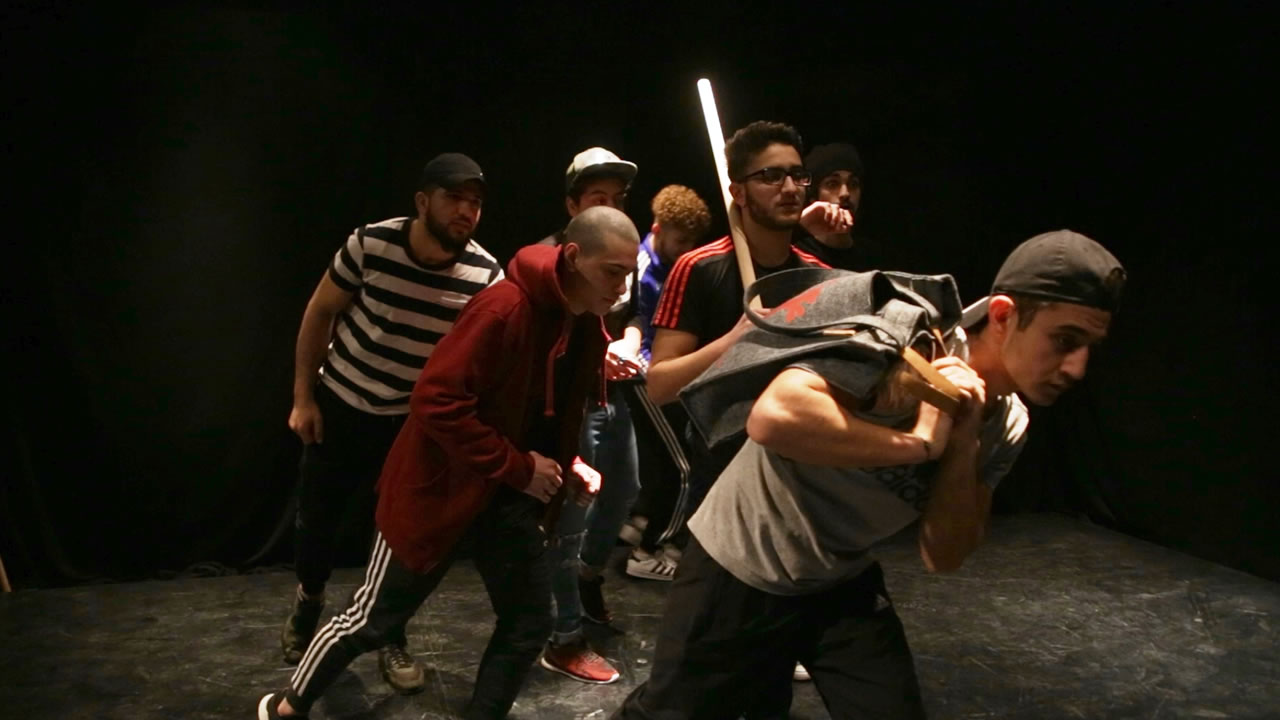 Behind every name there is a human being. Upon arriving in a foreign country, what is it that one wants to share about oneself? How and what can one say about oneself? For six months, the directors were using a theater stage to talk to a group of unaccompanied, underage refugees about their notion of identity, developing and discussing improvisations. War, religion, loss, violence, capitalism, money, sexuality, the future and hopes were the keywords in their work together. A documentation emerged, snapshots of a new life, caught by the camera. Details about the daily lives of these displaced youths, who arrived in Berlin and are now part of our city and our society.

WEAPON OF CHOICEBEYOND THE WAVES