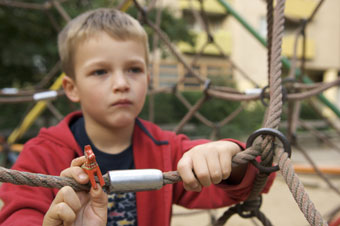 23-year-old Christian has a son, Julian. The five-year-old lives with his mother Susanne and has never met his father. Christian is a loner and has only ever confided in very few people. That’s why his friendship with Aram, who, like himself is homosexual, and earns his money walking the streets, is so important to him. When Aram is killed in a brawl, Christian withdraws completely from society.

Julian suffers more and more from his father’s absence. Finally, Susanne issues him an ultimatum: either he lives up to his fatherhood or he disappears forever from hers and Julian’s life and forgoes ever meeting his son. For his future, but also for his previous life, Christian’s decision will take on dramatic meaning.