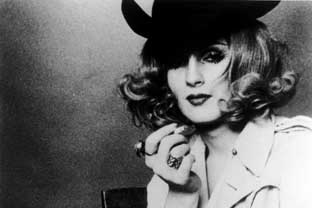 Otherworldly trans-gendered beauties Holly Woodlawn, Jackie Curtis, and Candy Darling play the eponymous trio of ladies, all of whom collide in their attempts to free themselves from their respective ruts while launching a revolutionary feminist group called PIGS, Politically Involved Girls. As three women from different walks of life – Holly the slut, Jackie the housewife, and Candy the socialite -, their shambling encounters and nonstop rhetorical babbling both mock and pay tribute to the women’s movement. Men are present as pathetic houseboys, worthless relatives, and scheming hustlers as the girls argue their way to liberation, only to in turn be undone by the forces of men.