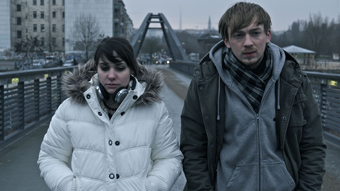 Zoe, a young girl in her early 20s, roams around carelessly through the nights and clubs of Berlin. To satisfy her unconscious desire for security and intimacy, she numbs herself with indiscriminate sex. Almost coincidentally, Zoe toys with the idea of earning money with her body. What begins as a game soon becomes a very concrete and unsentimental reality.