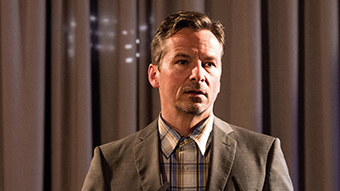 An ambitious researcher, Martin Rauh is the medical director of an independent institute and at the threshold of discovering a vaccine for malaria. But the urgently needed subsidies don’t materialize and his last hope seems to be his former fellow student Cornelia Schilling, who, in the meantime, is in upper level management in the pharmaceuticals industry and willing to hear his case. She makes him an immoral offer, one which could save his medical research but forces him to make the most difficult decision in his life. What price is a researcher willing to pay to save human life?