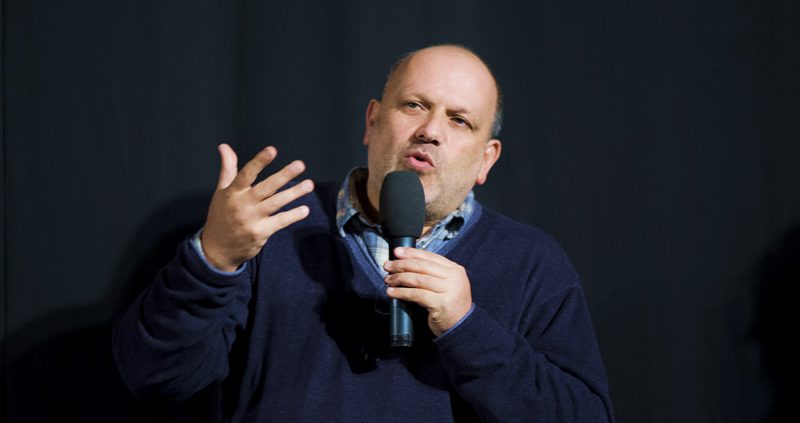 My HOF: “Hof? Why do you want me to come to Hof? And where is it?” I asked my German co-producer when she told me we were showing THE SYRIAN BRIDE at the festival back in 2004. “Why? Because it’s great and there’s this guy, Heinz, who’s full of passion for good movies and filmmakers. You’ll love him”. And I did. And I loved HOF. And I came back with other films and in 2014 Heinz had this crazy idea to honor me with a retrospective (“I’m too young”, I told him) which was beautiful and moving.

So now Heinz is sadly gone (way too young) but HOF will march on in his spirit and I will be there again to breathe the special air of excitement for movies, for the people who make them and for the people who watch them – and love them.

Eran Riklis
Director of the retrospective 2014