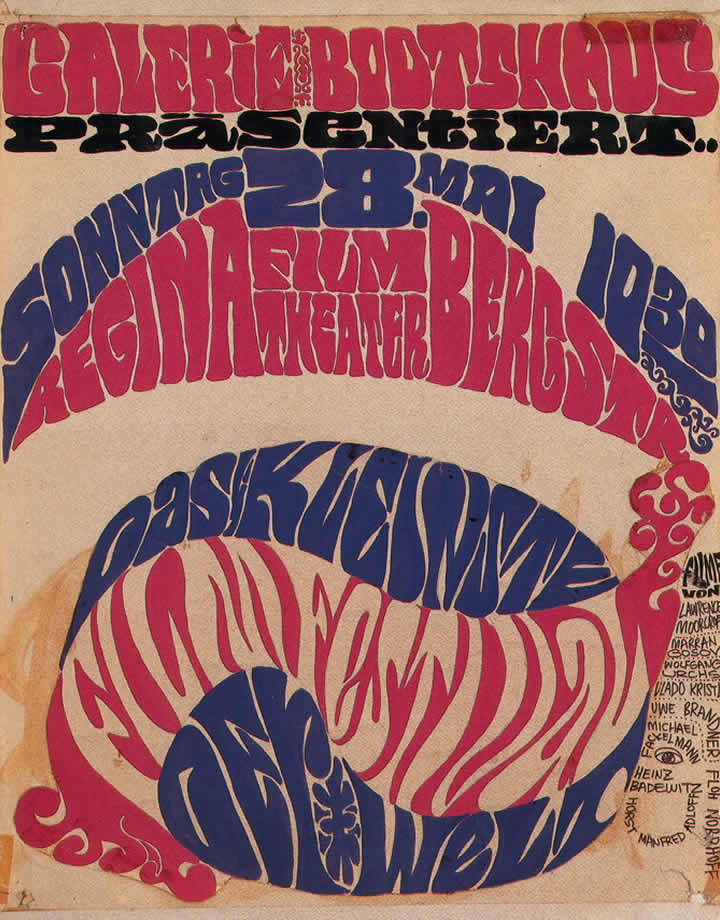 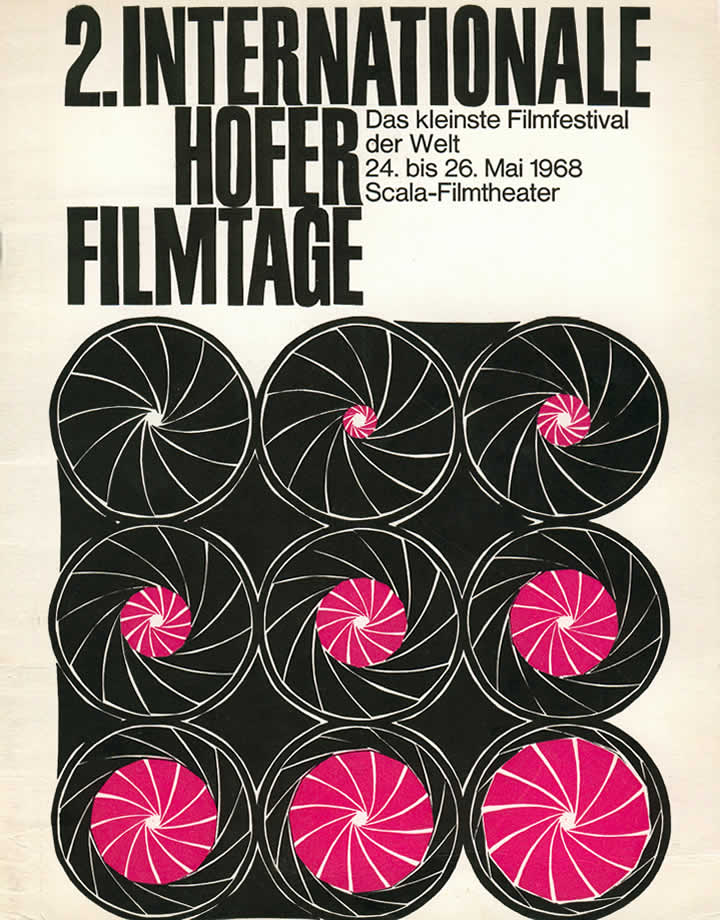 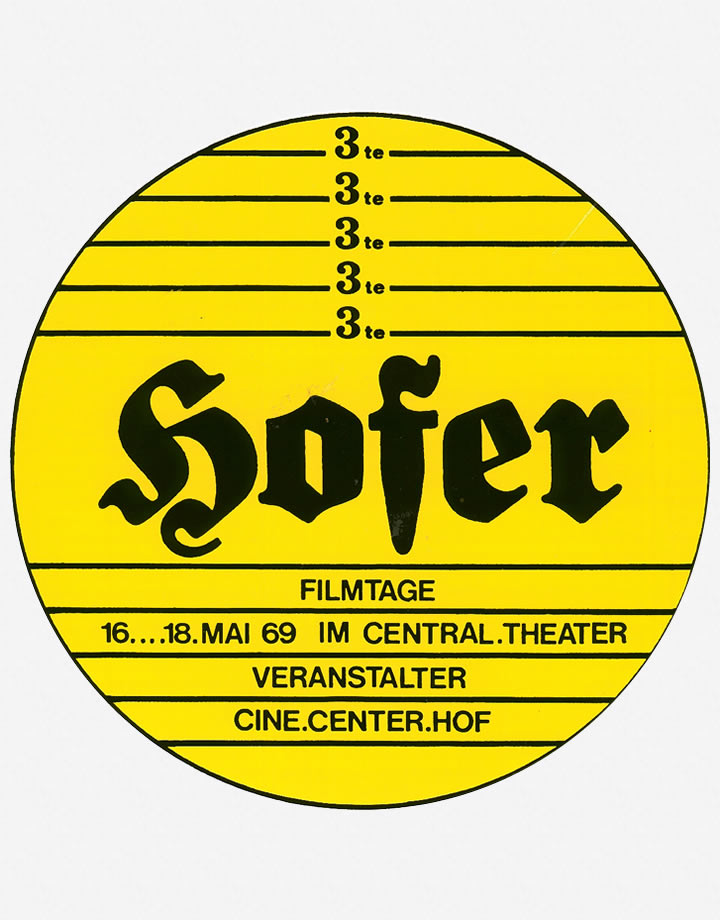 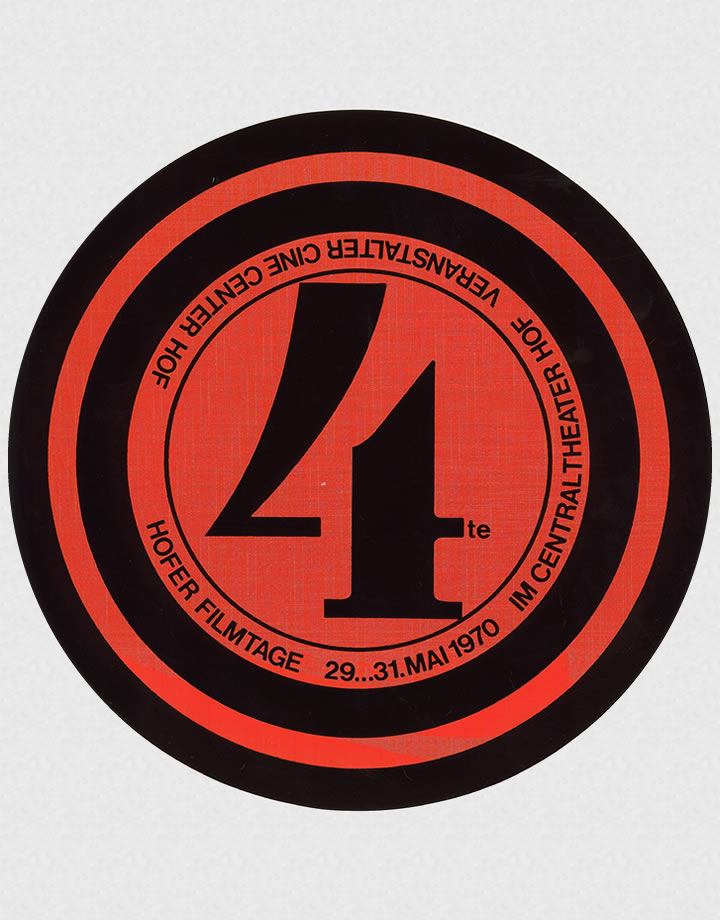 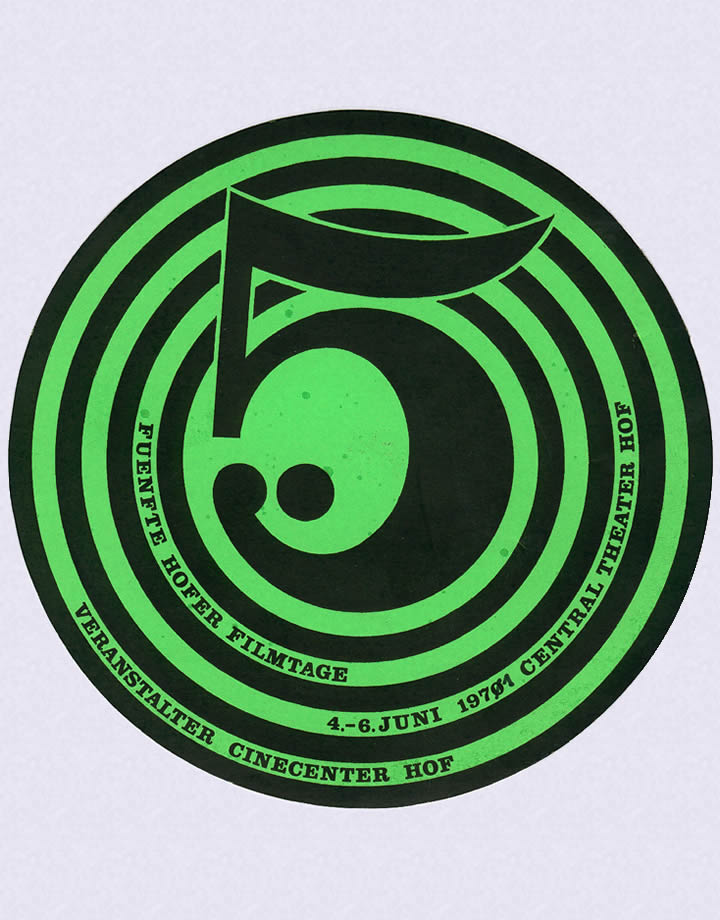 On May sunday in 1967: A few young film directors from Munich, Heinz Badewitz among them, take their latest shorts and travel to Hof to screen them there.

The reason, according to Badewitz, “As I come from Hof, I knew a cinema owner who was willing to give us a venue. It turned into a nice little program of 2.5 hours. And as the event needed a name, we called it ‘The first Hof Shorts Film Festival.’ Nobody seriously thought of a repeat.”

“The event had a wonderful feeling. Occasionally, I would go on stage and announce, ‘Another film maker has just arrived with a film reel under his arm. Do we want to see the film?’ ‘Yes, we do’, they’d say.”

“Not an event planned by the city or the government, rather it was the filmmakers themselves and the audiences who created and shaped the festival.”

This time, the audience did indeed film themselves – at the opening event. At the final screening two days later, the outcome was presented: fun in blurred images.

“The Hof International Film Festival has other things to do than to chase the unheard-of, the novelties, the latest fads as do most other festivals.”