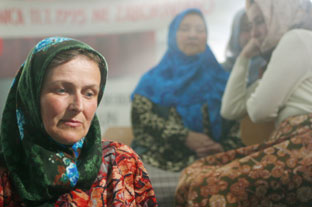 A collective film To evoke the sheer scale of the shock wave which followed September 11, To testify to the resonance of the event throughout the world, To better convey the human dimension of this tragedy , To bring reflection to emotion, To give a voice to all 11 directors from different countries and cultures 11 visions of the tragic events which occurred in New York City on September 11, 2001, 11 points of view engaging their individual conscience.