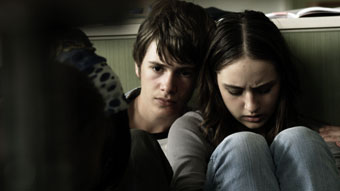 The film tells the story of a violent gun rampage at a school, from the perspective of the victims: While shots are being fired around them, four students are faced with a difficult decision. In the end, they come to the realization that they can survive only if they stick together.