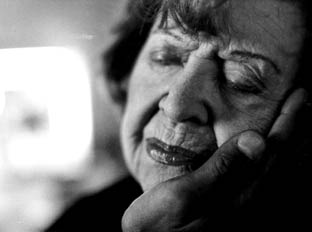 On the way from the station to the local theatre where he is playing the part of Salem in R.W. Fassbinder’s play “Angst essen Seele auf”, the dark-skinned actor, Mulu, is molested by a group of young right-wing extremists. In the ensuing punch-up, Mulu is defeated.

Absurd scenes take place during the investigation in a police car, e.g., when the older policeman tries to tell Mulu that “Angst essen Seele auf” is grammatically incorrect for “Angst ißt Seele auf”. While the two policemen are fairly impartial in dealing with the incident, the right-wing thug keeps making insulting comments which lead to another scuffle between him and Mulu. Nauseated and covered in blood, Mulu hurries to the theatre. He will not cancel the performance.