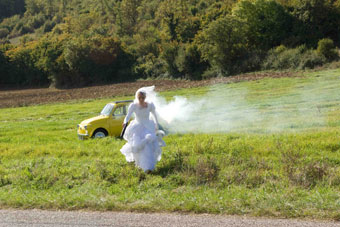 Annabelle is ready to get married. But at the last minute, her bridesmaid calls: she won’t be able to accompany her to the city hall. Annabelle decides to get there by herself, but she’s not a very lucky girl …