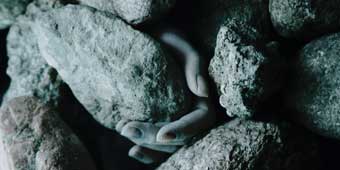 A scientist and a soldier, whose only common bond is their fate, lead their horses through a forest before our time. With the hot wind of war breathing down their necks, their only goal is to reach the boarder before nightfall. Until a lonely girl and the prospect of a new experiment cross their paths …