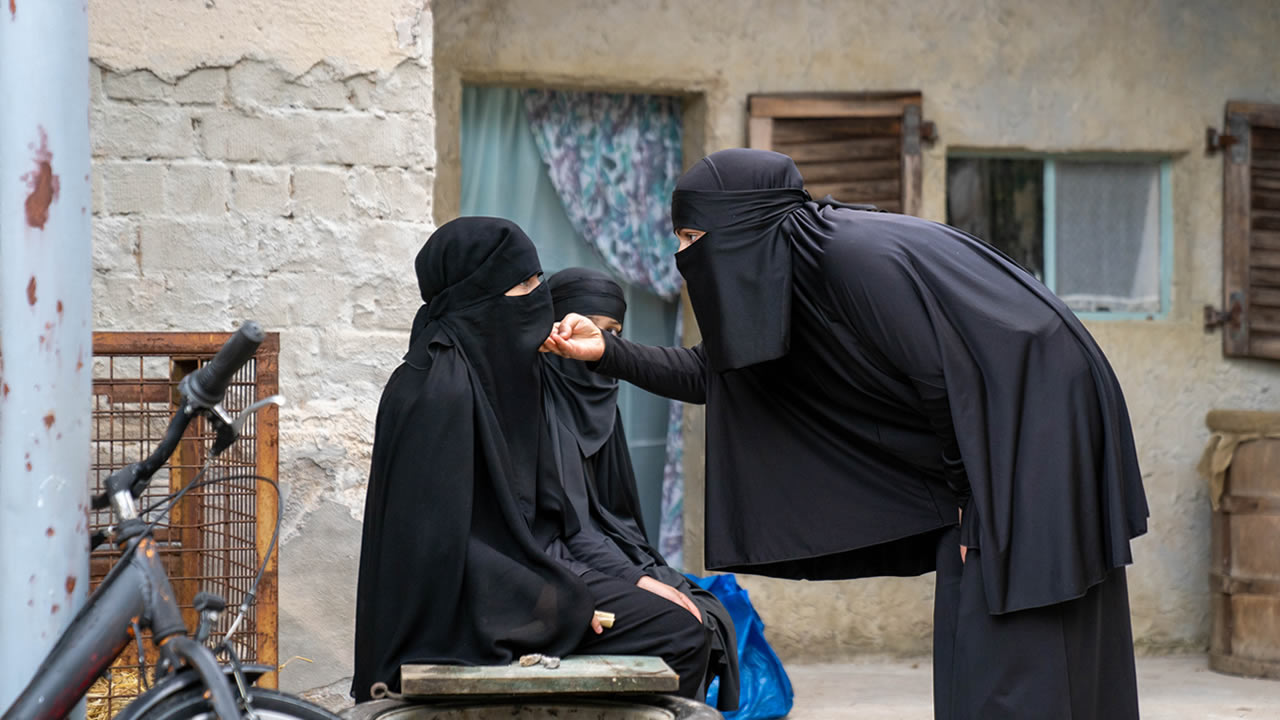 Aysha (10), who is wearing a full-body veil, sits in the backyard of a house in Afrin/Syria. While she plays with a slingshot, her sister (9) joins her. Both are tested that morning by a woman (38) who is also wearing a full-body veil. They have to cite verses from the Quran. While Aysha’s younger sister passes the test exemplarily, Aysha has problems. Unlike her sister, she is rebellious and rejects the role of a girl imposed on her. This incurs the woman’s displeasure who doesn’t stop short from using violence. When Aysha fights back, the woman takes more drastic measures. Aysha finally understands the gravity of the situation.