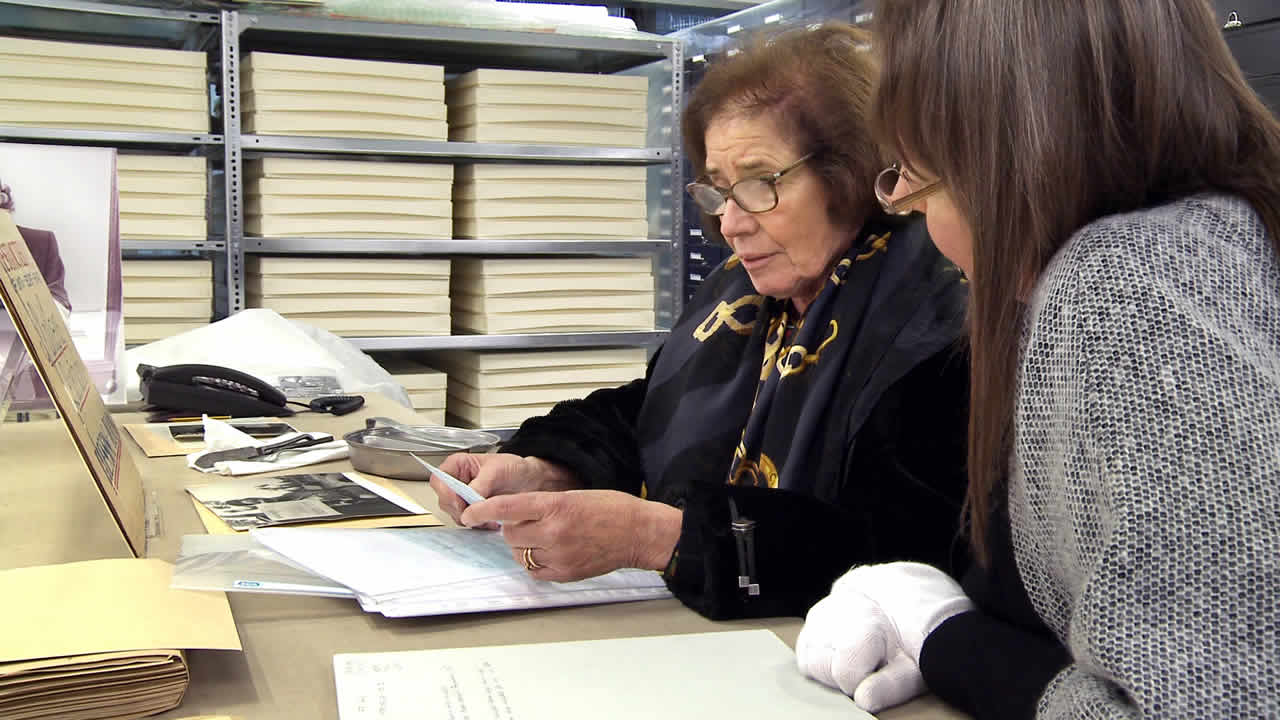 The one – the international star Marlene Dietrich – supported emigrants from Nazi Germany and was involved in supporting the American troops; the other – the “Nazi hunter” Beate Klarsfeld – has committed herself to this day to the memory of Europe’s murdered Jews. Marlene Dietrich, born in 1901, was an idolized icon with her film THE BLUE ANGEL. When the National Socialists took power in 1933, the economic migrant became an actress in voluntary American exile. The Nazis wanted Marlene to offer her artistic talent to support the “national revolution” – she declined.

Beate Klarsfeld, born in 1939, went to France as a young woman and there met her later husband Serge Klarsfeld. Serge’s father was Jewish and was murdered by the Nazis in 1943. For decades, Beate and Serge Klarsfeld have committed themselves to help bringing Nazi criminals to justice and are actively involved in fighting current right-wing tendancies. But what most people don’t know: Marlene Dietrich and Beate Klarsfeld knew each other since the 1980s. The film follows their biographies and portrays their connections, positions, and attitudes, and questions the societal meaning of their commitment. A film about two extraordinary women, who in a very special way, lived and continue to live German history.