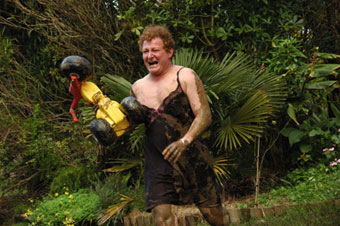 Brian, an embittered divorcee, breaks into his old home to wreak revenge on the man who stole his wife. Having destroyed his rivals precious art works, Brian is overcome with loss and longing for the wife and family he lost. In a desperate attempt to recapture his former life Brian spends the day in his old home traveling down memory lane . During the most private and vulnerable moment Brian is inconvenienced by an altercation next door. Despite his own compromising situation Brian makes the right decision and saves a young woman’s life, tragically sealing his own pathetic fate.