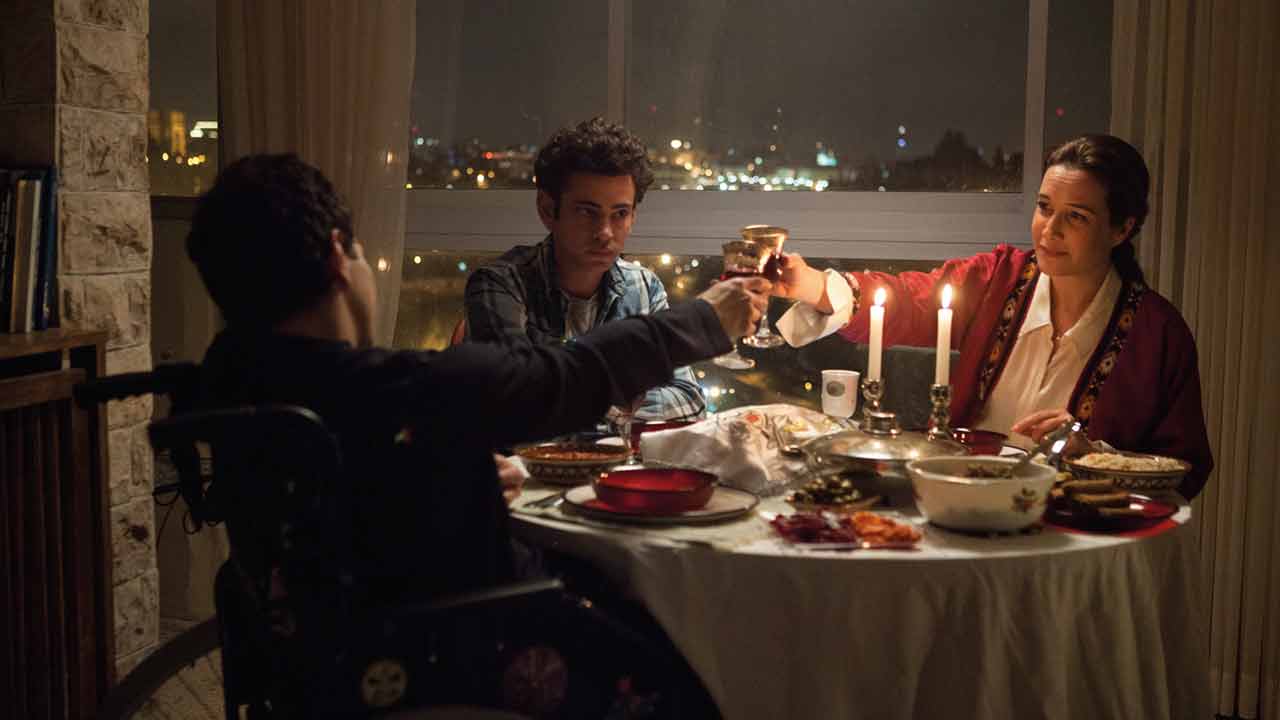 1987: The first intifada. 1991: The Gulf War. Two key events in the Middle East, two decisive stations in the life of young Sayed who grew up in a small Arabic town in the middle of Israel, surrounded by a loving family that is a little crazy and quite humorous. The father is a communist and a terrorist, the mother as tender as she is strict, a charming grandmother full of mysteries who knows everything about everyone, a mysterious puzzle that Sayed solves, friends from the city and guests from Tel Aviv, and above all a story about the search for identity which changes dramatically when Sayed experiences love and compassion in an elite boarding school in Jerusalem and finds out who he really is. There, he changes his identity to start a new life – he is no longer an Arab, no longer a dancing Arab.