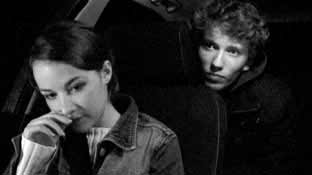 A village at night. An old goods station with a party going on inside. Udo (50) is sitting in his car and waiting for his daughter, Anna (16), to appear. He’s reading. Anna makes him wait. Because he won’t say a word, won’t really be angry at her. Like usual.