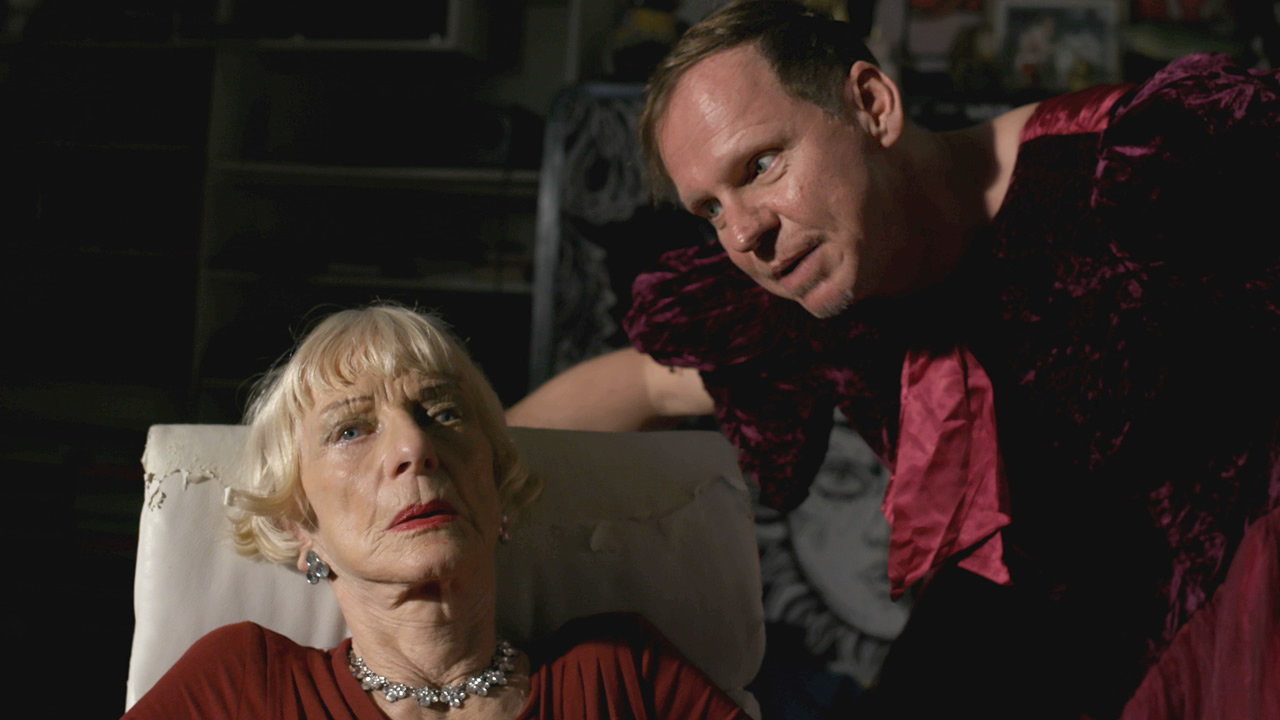 Rosa von Praunheim was inspired to make this film by his own radio play “Die Nachtigall” (The Nightingale) from 1986, when he improvised together with the street singer Friedrich Steinhauer, who called himself “die Nachtigall vom Ramersdorf” (The Nightingale of Ramersdorf), and Luzi Kryn, who became famous through his film THE BED SAUSAGE. The director found the subject through a text in The New Yorker about a son tying his mother to a chair for over a year in order to take revenge on her.

Now, more than 30 years later, Rosa von Praunheim filmed his material with the singer and actor Hubert Wild and the eccentric former student councillor Ellen Reichardt, who has appeared in several films of his. The film was shot during the Corona crisis, mainly in Rosa von Praunheim’s Berlin living room and in her neighbor’s elegant apartment. The film is independently produced and an example of how imagination can sometimes replace money.