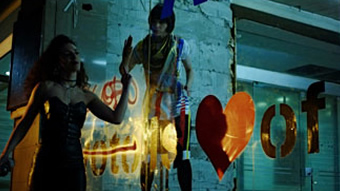 The film tells the story of an impossible lesbian love between a Turbofolksinger and an art gallery owner in Belgrade. Their relationship unites two incompatible poles of Serbian society today; Serbian nationalists on one side and the pioneers of the queer art scene on the other side.

The film is an ode to the contrariness of Belgrade, composed by four Turbofolksongs.