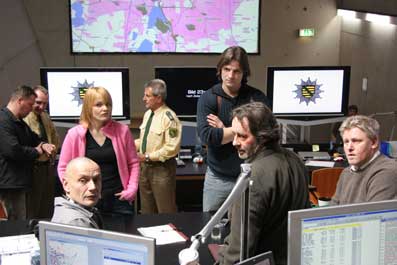 Unknown blackmailers hold the city of Leipzig to ransom. A bomb attack and further threats are intended to give more weight to their demands. A small police unit starts work at the scene of the crime. These three police officers, who know each other well and see each other not only while on duty, are chosen by the blackmailers to hand over the sum demanded in diamonds. A large-scale operation is launched. The delivery is elaborately monitored. But the blackmailers have thought up an ingenious strategy, they outfox the entire police force with the help of baffling tricks and are able to escape with the diamonds. The search for the culprits begins.