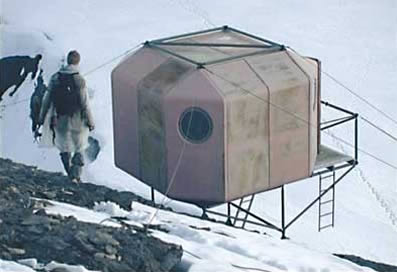 Rainer and his father, Georg, go on a vacation to the Austrian Alps. The loneliness of the mountain landscape triggers a smouldering conflict between them. Rainer uses an incident on the glacier to make it appear as if he died due his father’s negligence. In reality, however, he frees himself out of the crevasse and, by disappearing, takes revenge on his father.