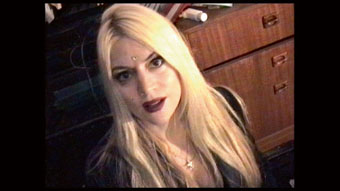 Phoebe Legere is a New York legend. In the early 80s she made a name for herself with her scandalous performances. So it seemed only a given to make a film with her. I went to see her in her apartment, took my camera along and told her outright she was a cannibal. And right I was!