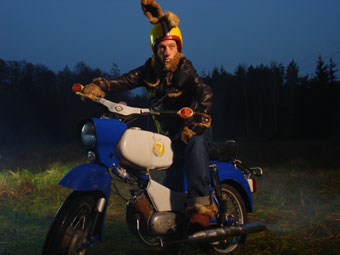 Steffi is 29, a stuntwoman, and lives with her girlfriend Ruth in Berlin. Everything seems to be going great until one day she gets a call from her mother. Her mother tells her that her father has a brain tumor and asks her to come back home for a few days to reconcile with him. And then Steffi accidentally kills 23 goldfish at a modern art exhibit and gets caught up in a conflict with the animal rights activists couple Pielsticker. Steffi returns home to the country where her mother, a housewife, and her father, a forester, lead an orderly life. Although the old conflicts with her mother’s dictatorship flame up again, Steffi manages to reconcile with her father. Things would be okay again, if it were for the Pielstickers and mom …